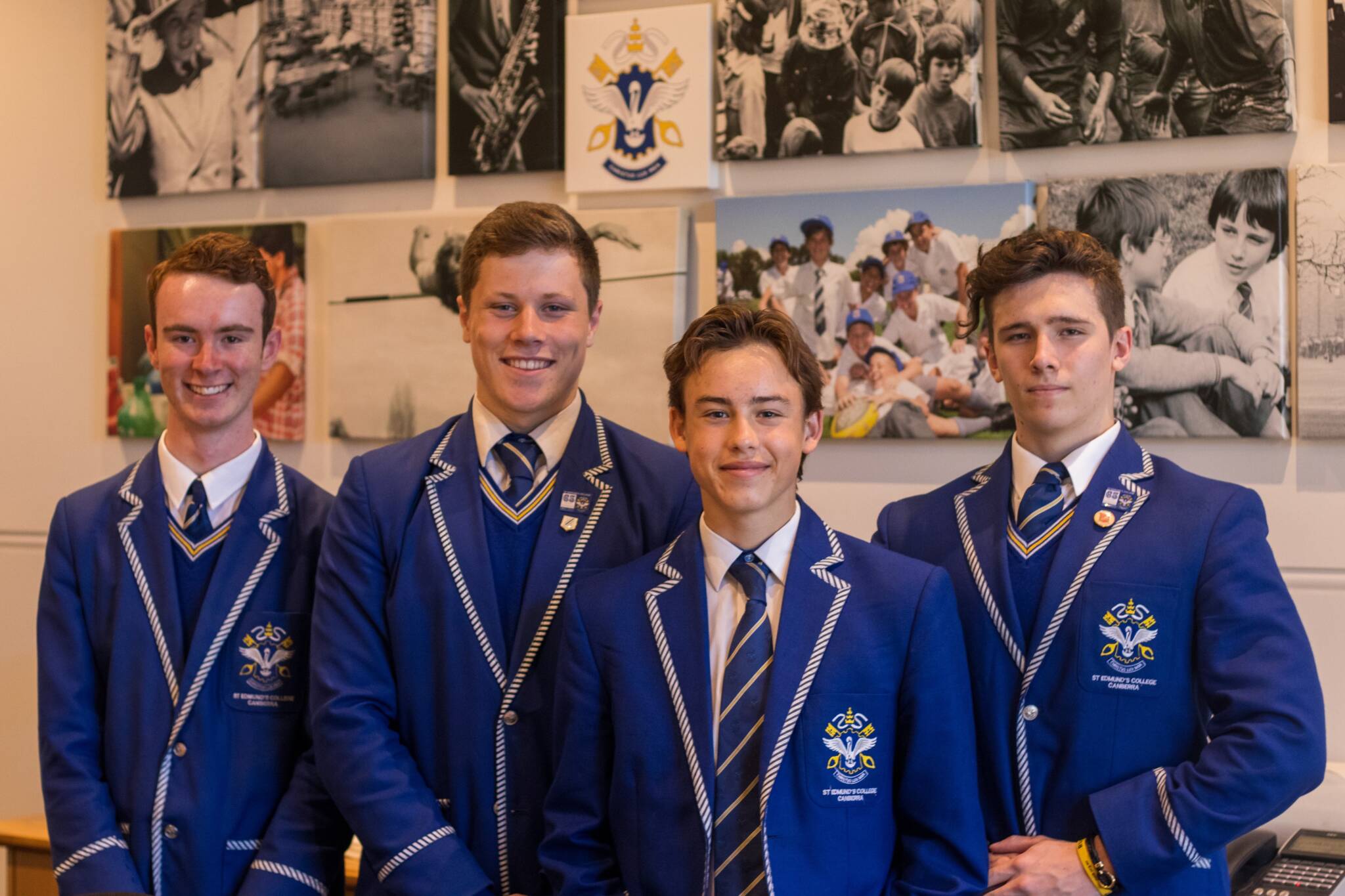 ‘When was the last time you had taken the time out of your life to simply look back on what has made you the person you are today?’ This was the exact question I had pondered before embarking on the three day Year 12 Retreat that occurred last week. A time of reflection, much needed for the Year 12 cohort as their final year commences. The retreat, which had been organised by Mr. Monagle and various other staff members, was situated in the serene outskirts of Jindabyne at Adventist Alpine Village. With its relaxed and comforting appearance, each boy had a warm smile set upon their faces as the coaches approached the lodge. Even with the early start to the day, most boys were ecstatic with the thought of having the coming three days to express themselves and open up about their adversities allowing them to move forward in the near world of adulthood.

On the first day, we were all settled into the accommodation and gathered in the same room to be introduced to Father Chris, who had told of his journey through life giving us all an insight into what has led him to pursue his career and lifestyle. With an emphasis upon spirituality, Father Chris’s story had hit home for some boys and staff as with life, hardships are bound to come. However, these events in his life had moulded and shaped his future for the better allowing boys to understand the importance of resilience and courage as building blocks for a ‘good life’. To wrap up the seemingly long but relaxed day, the Year 12 boys ended the day with an important mass within the Catholic Calendar, Ash Wednesday Mass. Having Father Chris lead the group along with teachers and staff joining the spiritually rich event. With that, the first day had concluded with the sun setting over Lake Jindabyne’s glistening blue waters and the cohort slowly drifting off to sleep looking forward to what tomorrow has in store.

With the breaking of dawn and the skipping of the neighbours, “The Kangaroos”, the boys got up and out of bed refreshed and ready for the second day. As boys were still waking from their slumber, staff had invited us to partake in a brisk bush-walk after lunch that led to the peak of the hill our accommodation was built upon. I took this opportunity of the walk to see it as a challenge of any kind I or anyone else may face. Although daunting, if you put your head down and work through the adversities that lay before you, you will look up to see the light gently flow upon your face on the other side. I use this metaphor to describe the trip up this hill as most boys seemed off put and distraught at the very idea of scaling the winding, dust path to the top. However, every single boy who attempted the walk thankfully made it up and their reaction to the view promised by Mr. Monagle was a sight to see. Smiles, high-fives and expressions of awe engulfed the boys and staff as our eyes filled with the sheer beauty of our surroundings. The trek down felt light and exciting as our group successfully reached level ground, the sunkissed back deck of the Alpines Lodge. With the boys now relaxed, all of us Year 12 boys got ushered into the main assembly hall with staff handing out letters to each and every boy. All that was printed on the front of the envelope was our first and last names with a piece of paper inside. As each boy carefully unfolded the letter, the words which lay upon each page made most boys smile fondly and some tear up, myself included. These letters had been written and crafted by the parents or carers of each boy on the retreat, describing the love, praise, and connection they have with their son/s. As the young men finished mass with Principal Mr. Zavone as an honourable guest and dinner consisting of three courses, the time had come for the boys to share and express their talents at the Year 12 Retreat Talent Night. With acts ranging from Baden and the Crew elegantly singing ‘Hey there Deliah’, Father Chris busting out his lyrical mastery with such enthusiasm and heart, to Talah managing to solve a Rubix Cube at break-neck speeds thought to be unimaginable, every boy and staff member had the chance to show off their talents. With all the excitement and laughter fading as the Talent Show was brought to a close, the conclusion of the second day had followed.

The third and final day of Year 12 Retreat was among us. We all packed our bags, took down our forts made of sheets and made our way to the assembly hall one last time before departure. As we were seated within the hall, three staff members including Father Chris had made their way on stage to detail their journey’s in life. The wave of emotion and heart exuded by each life tale crashed into the audience of the Year 12’s with a response of empathy towards these resilient four on stage. After discussion, reflection and future goal setting with the College leaders, myself included, we loaded our bags on the coaches destined for the return to the College grounds. As my feet took me up the coach steps into my seat, I couldn’t help but realise how lucky I was to be an Eddie’s boy with a community, teachers and mates helping me along my journey.

As I finish writing this article, I would like to leave you, the reader, with three questions I have learnt to ask myself every time I sit down and find the time in my day to reflect. “What can you do to make yourself a better you?”, “Who has helped you along your journey in life?” and, “How can I make the future better, not only for myself, but for others?”.