During week seven of this term the Year 9 St Edmund’s College Rugby League team competed in the annual 9-aside schools competition.  Going into the tournament the team coached by Mr Justin Giteau were highly regarded as the team to beat.  Having won the previous year, the 2019 team went into the day full of confidence and enthusiasm.  Having a wealth of coaching experience Justin had the team ready to go and were firing on all cylinders.  It is this passion and expertise for coaching that has seen Justin scouted as a future NRL coach.  Some people are born into greatness and some people need to work towards greatness.  Justin is lucky enough to be in both categories.  With his own pathway now set to a career in professional coaching, Justin led the Year 9 team to victory and in the process became the first coach in ACT history to go back-to-back in this prestigious tournament.  The boys coached by Justin displayed outstanding sportsmanship which has become a fundamental component in the team’s success.  A huge congratulations to Mr Giteau and the Year 9 Rugby League Team 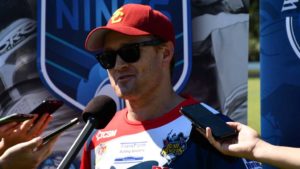 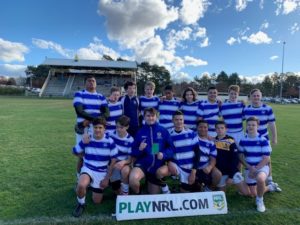