In the first week of the Holidays, 38 boys attended the Senior Rugby pre-season camp at The Pines, Tuross. We were blessed with the weather with plenty of sunshine and hard work on offer. Highlights were the beach session run by former SEC teacher Mr King, where the boys were tested physically and mentally. Training sessions were held 2 to 3 times per day, with the emphasis on skills, team work and bonding between the year groups. 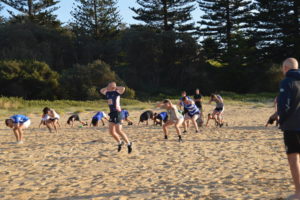 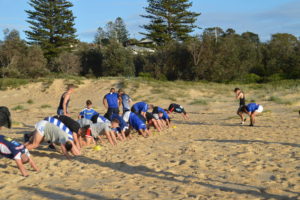 The squad was given plenty of time to recover at the beach and in the Tuross lagoon and it was great to see all the squad being inclusive and spending time with each other off the field. We look forward to welcoming Daramalan College for the first game of the season next week. Special thanks to Mr Langtry, Mr Castrission and Mrs Millar who accompanied the boys. 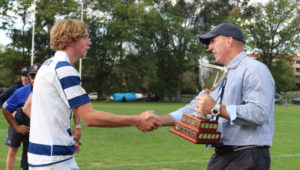