Yr 11 Religious Education classes have been investigating World Religions during Semester 1, beginning with traditional belief systems of Christianity, Islam and Buddhism. To finish our investigation on a more challenging note students are examining New Age religions and their impact in the changing contemporary worldview which embraces neither theism nor atheism. 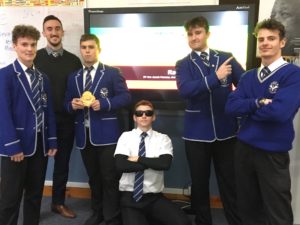 What exactly is the New Age? A question our students asked and something we have found is impossible to narrow down, it may be best explained as a ‘smorgasbord’ of beliefs and practices. To understand the growth and influence of these movements, students taken a journey through the history of the movement which dates back to the early Christian era of the 2nd century. Students were already familiar with the movement in the Middle Ages from the Joan of Arc stories, but were not aware of its re-emergence in the late 19th century.

To build on an intellectual understanding of the movement students have researched and taught mini-lessons to their peers on six of the major New Age movements including Rastafari, Wicca, Transcendental Meditation, Odinism and Raëlism. Their learning will link these historically based movements to the spread of the New Age ideology through changing values in communities during the 1960s, 70s and 80s, and to the current strands such as Scientology.

Why, you might ask, are we looking at these views in a Catholic school? The answer is that we want to educate our students to question the views they will encounter in the wider world, and build in them a strong understanding we need look no further than our faith when we are seeking deep, spiritual experiences and meaning in our lives.