2019 began with a bang for our Year 7 boys on the recent camp to Birrigai.

It has been a great start to the year for the Year 7 class of 2019. This was evident on our recent camp at Birrigai. The boys were able to make the most of the fantastic weather we had during the week with a range of outdoor adventure activities. We began with the famous crate climb and many boys went close to challenging the 14 crate record. Our highest was 12 with Kai Bower and Billy Lachlan. Other activities included the giant swing and flying fox plus team rescue and initiative games. The highlight would have to be the walk to Gibraltar Peak, the views of the neighbouring countryside were spectacular. 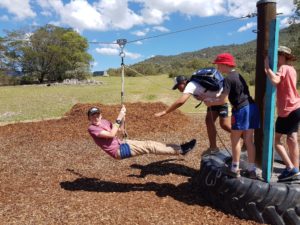 We were educated on the sacredness of the site to the traditional Ngunnawal people and the role that the peak played in their lives. The evenings were spent playing indoor games such as giant chess and novelty connect-four as well as the epic talent show which gave the opportunity for the boys to show off their creative and performing talents. Special mention must go to Gabriel Serni and his endless “flossing” dance moves! There is no doubt the boys had a good time and that plenty of memories were created. 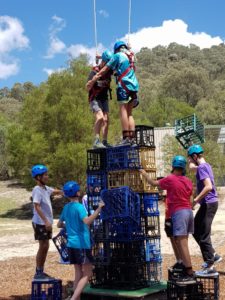 It was pleasing to see new friendships being made and the blossoming confidence of the boys begin to emerge. A big thank you must go to the instructors Bob and Sally for putting on such fantastic fun for all involved. I would also like to acknowledge the work of the Year 7 Tutors on camp: First Aid Officer – Ms Ashleigh Kerin, Camp Song Instructor – Ms Rebecca Lee, Quartermaster – Ms Rebecca Jarman, Bunk Marshall – Mr Dave Barrie, Mess Hall Officer – Mr Geoff Olsen and our fearless and inspiring leader Mr Tim MacArthur for assisting and getting involved with the boys in all the activities. Your help and support is invaluable to the development and formation of our young men. 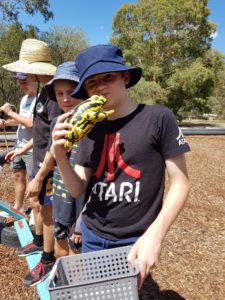